As the date of the concert gets closer, this last week, we will speak about De la luz y del espacio, the fourth piece of our acousmatic series with video projection. This is the last piece of the [d]espacio series,  and it has therefore a clear role: being the anti-rythm of all the rest. 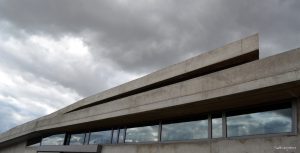 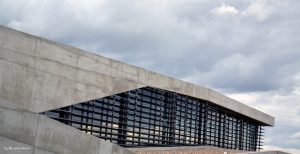 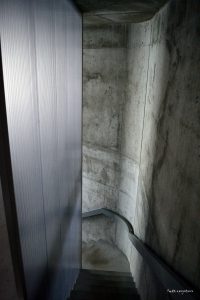 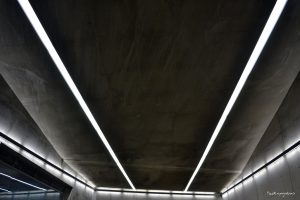 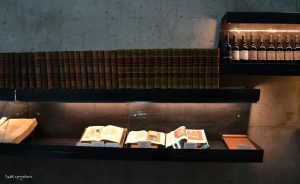 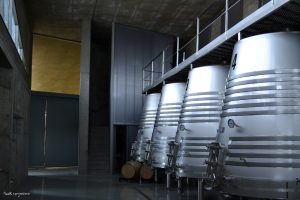 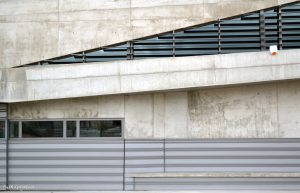 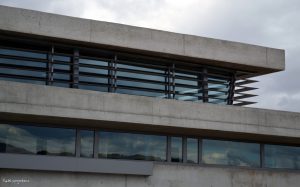 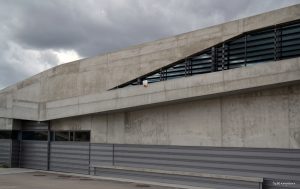 The piece is based on two key concepts derived from the interiors of Bodega Qumrán´s building by Hernández/Solís: the first concept is light undergoing a very studied program, turning into constructive matter, such as glass and concrete,  thanks to its rich functionality. The second concept is the architectural program in its strict sense, which aims to fulfill the building´s practical requirements – those of a factory -, as well as the continuity of the main material – concrete -, which re-adapts its interior volumes, generating poliedric gestures, inviting the visitor to perceive rich acoustic spaces. This is so partly because of the resonating characteristics of the main material (concrete), and partly because of its volumetric characteristics.

The premiere of this piece took place last november in the South-Korean city of Busan. The premiere of [d]espacio in Salamanca, and its later performance in The Netherlands, will show the piece integrated in the series for the first time.