The WFS speaker system will be shown in the 2012 Festival Sonar from 14th to 16th of June,  travelling from Game of Life Foundation – The Hague to MACBA – Barcelona. Around the facilities devoted to Rita McBride’s work, for this occasion it will be celebrated concerts and lectures during three days as a sort of ‘sample board’ of the creative possibilities of the system. This is the lineup of composers participating in the show/installation: 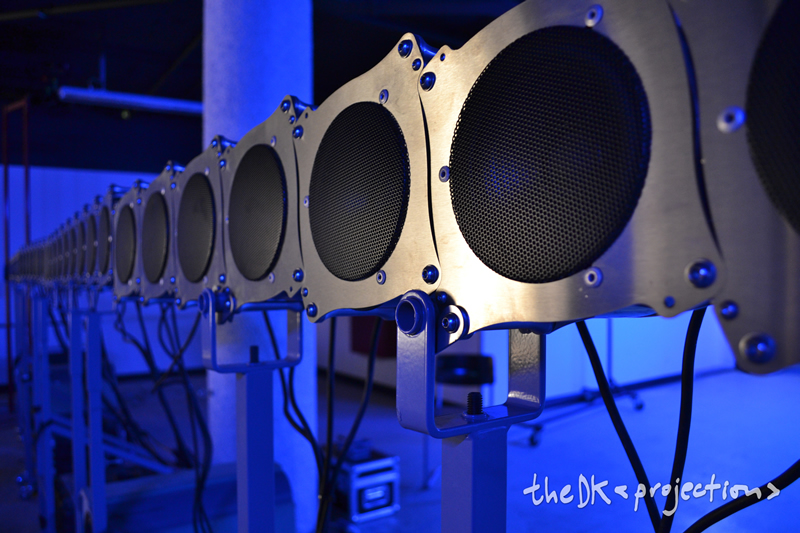 About our specific participation, De la luz y del espacio necesarily has been deeply re-spatialized in a version for Wave Field Synthesis system (WFS). This 4-channel tape faces here a very interesting, indeed complex aural territory of experimentation, inasmuch as several original ideas reallized for a small number of outputs find suddenly there an extremely wide field, full of spatial possibilities. 3D sound movements at the moment are nor possible neither developed, though… yet.

DLLYDE is a piece composed in 2011 and it is the last and fourth of the series [d]espacio, based on four avant-garde architectures. In the specific case of DLLYDE, it is remarkably,  probably interesting on one hand the resonant character of the piece, since it was thought as an acoustical extension of the real spaces of the model in which the piece is based on (Bodegas Qumrán), in such a way architecture was experienced in person prior to the composition, extracting (recording) samples literally within the building by means of  acoustical techniques. On the other hand, it is equally remarkable the potential itineraries and virtual spaces to which it is possible to layer and re-espatialize in physical terms the whole piece in subsequent plans of complexity. 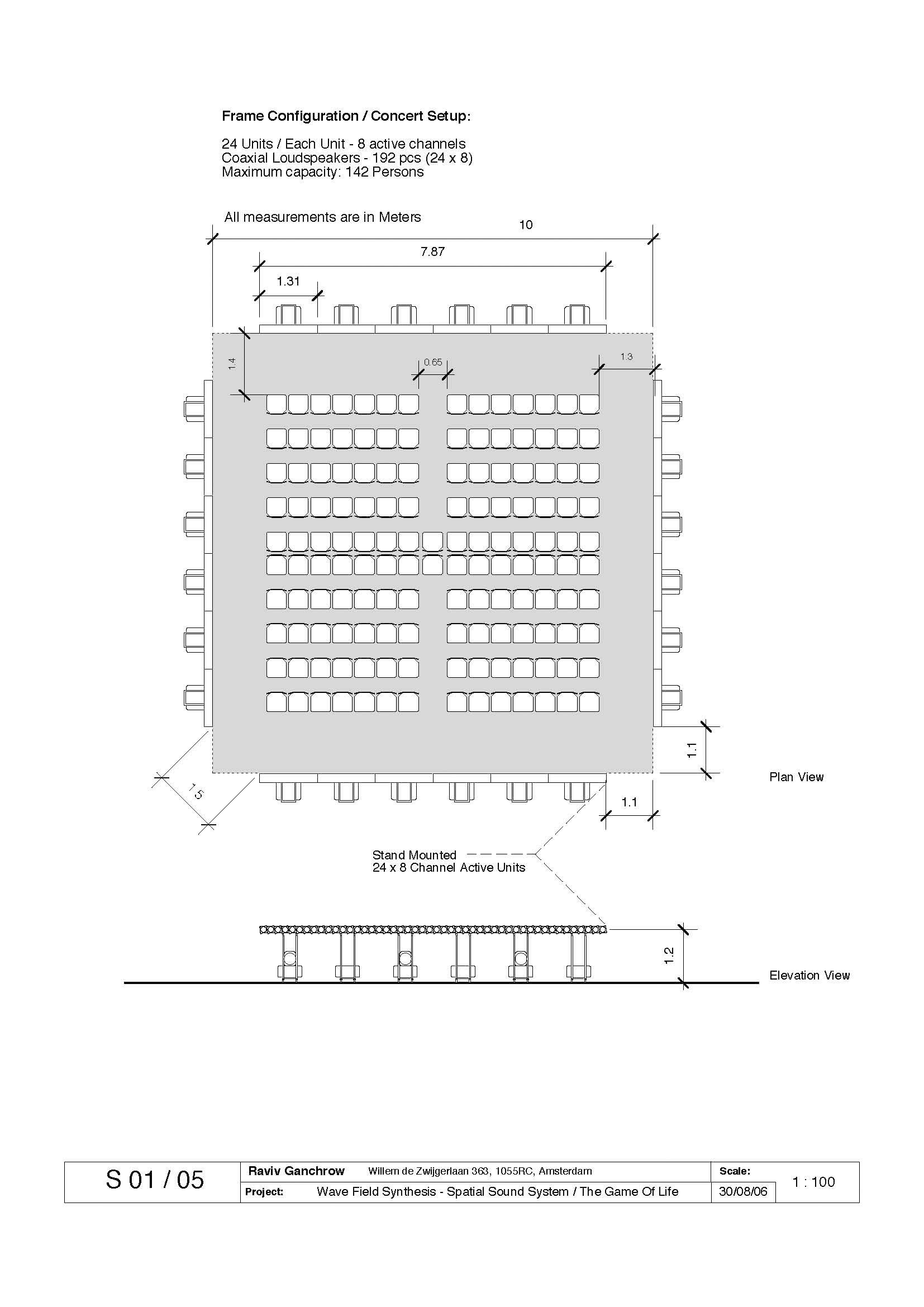 The spatial virtuality of the system is merely huge. The technical, overviewed description (192 speakers,  24 amplifiers, 12 subwoofers, 24 DA converters, 8 audio interfaces, and so and so forth) looks like a sort of electronic tree, fractal-like huge device extremely well estructured/organized that makes possible the graphical time-space routing of several sounds simultaneously via computer, recreating in precise terms the correspondence of a sound with an specific point onto the space. But not only that: sounds could really move, so that it could simulate actual movement, and even more, it is possible the allocation of certain sounds literally out the system (= out of the space in which the audience is supposed to be seated while music is performed). In the case of DLLYDE, there were deployed around 60 gestures like in the video below. There you could see a few of them, as isolated samples, implemented in WFSCollider, an application designed for this purpose:

It is given the personal circunstance as well that the designers of Bodegas Qumrán, the architecture bureau Konkrit Blu, are based in Barcelona, so this fact probably could add an extra charm to the performance that somehow transfers back again in a very different way the spaces’ resonances they created concrete-made time ago. 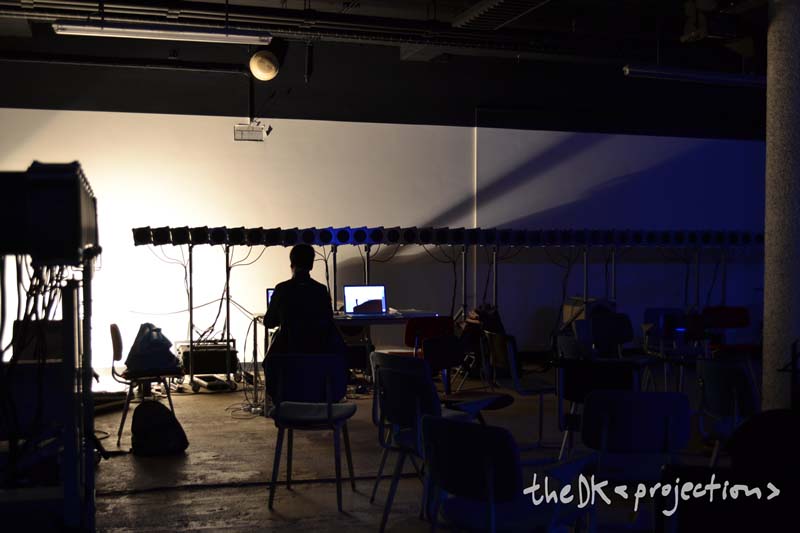