premiere at Institute of Sonology

Esquirlas/vacío will be premiered in Nederlands this evening 17th Abril at 19.30 hours in the Schoenbergzaal – Koninklijk Conservatorium The Hague by the piano player Akane Takada and the composer Ángel Arranz playing live electronics, during the last concert of the Discussion Concert Series at the Institute of Sonology in The Hague. In turn, the piece was premiered in 2013 in the Festival SON musicadhoy by Akane Takada at La Casa Encendida Madrid during the Ángel Arranz’s portrait concert devoted to his series of architectures. 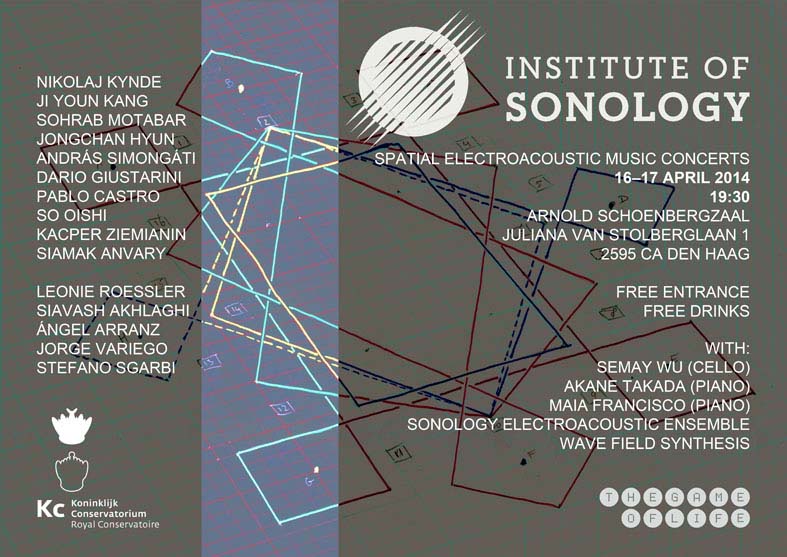 Esquirlas/vacío takes part, together with other two pieces, in the first series of architectures by Ángel Arranz entitled DK <protos>, which is based in geometric aspects of the design of Bodegas Protos building by Richard Rogers. These pieces are DK <sin>, for multi-instrumental variable ensemble and electronics, and Electronic Study, tape. The whole series was premiered at Bodegas Protos in Peñafiel last November 23rd 2013, during the closing acts concert of Peñafiel Milenio 2013, a festival which celebrated A Thousand Years of the Foundation of Peñafiel City (1013 – 2013).