Next March 20th 19.30h, the piece Extrusion by Ángel Arranz will present a Phonos Concert at the Institut Universitari de L’Audiovisual – Universidad Pompeu Fabra in Barcelona. 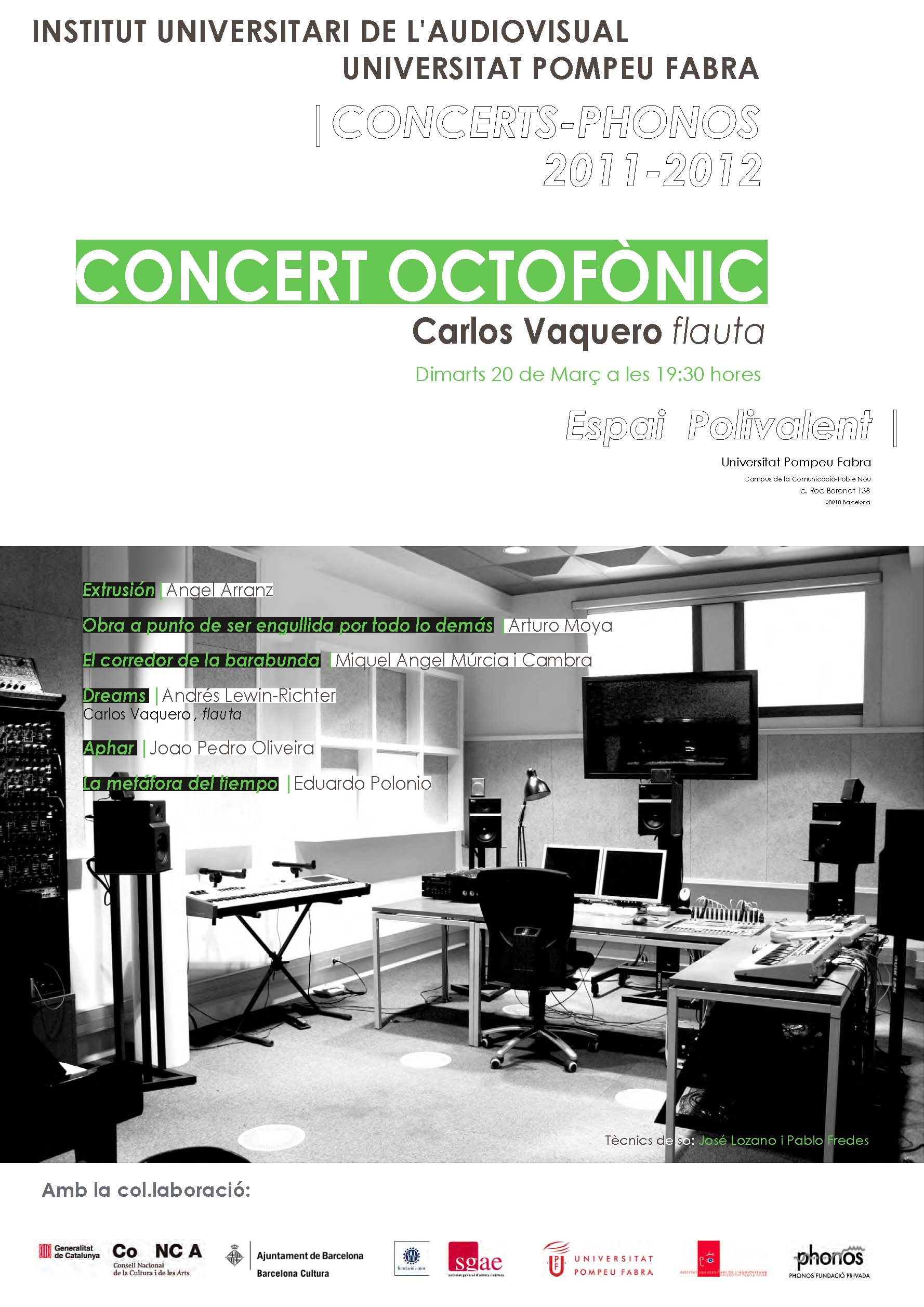 Extrusion, a piece created in 2010, is the second tape of [d]espacio: acousmatic series with video projections upon four Spanish avant-garde wineries. Music, videoart and architecture composed by Arranz with visualizations. The piece is informed by the building Bodegas Marqués de Riscal, designed by Frank Gehry. It is composed for 8-channels and it was premiered at Discussion Concert Series of the Institute of Sonology in The Hague in 2010.

The version played in Phonos will be an octophonic version without video projection.