The DK <projection> has just released a new Ángel Arranz’s score: Qumran B, for percussion set and electronics. This is the third and last piece of the DK <qumran> series in progress.

Qumran B for percussion set and electronics is the last piece of DK <qumran> series, which is conformed by other two pieces: Qumran, for bass saxophone and electronics, and De la luz y del espacio, for 8-channel tape. To a certain extent, Qumran B is the contrastive piece of Qumran for sax in this cycle of pieces. This title is informed by the building on which the work is inspired, Bodegas Qumrán (ES) by Solís/Hernández. 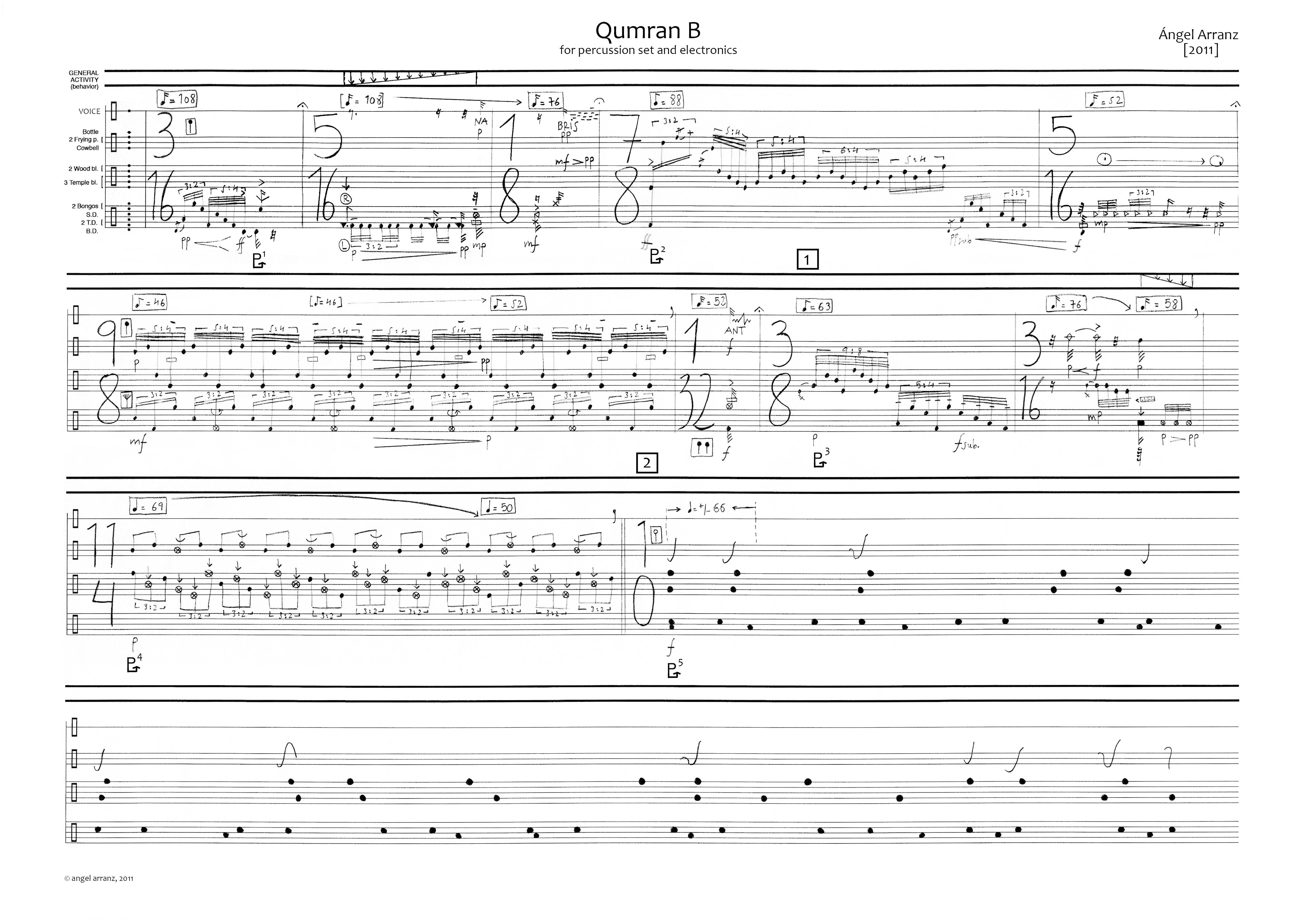 © angel arranz, 2011. All rights reserved. It is forbbiden its total or partial reproduction.

Qumran B exploits the central-inferior part of the south façade of the building, understood, like in the two previous pieces, as a sort of timeline. A double-axis is drawn onto the façade’ plan, with the aim of obtaining correspondences firstly between length and duration, and secondly between height and rhythmic activity. In the case of axis length-duration, certain strategies are deployed, like for example 1) the number of sections of the work –in relationship with the number of sections of the façade; 2) an artificial exponential factor not implicit in the façade, close to the definition of a chromatic scale (1.054766) that uses 13 elements, instead of 12, which relates the sections each other; 3) its algorithmic deconstruction and subsequent reordering. As far as rhythmic activity, the façade is used as guidelines that decide thresholds within random generators, which depict on one hand the rhythmic activity of several layers in each different passage, and on the other hand describe how to formalize some expressions on pitch, that is, the activation of distinct instrumental strata inside the set.