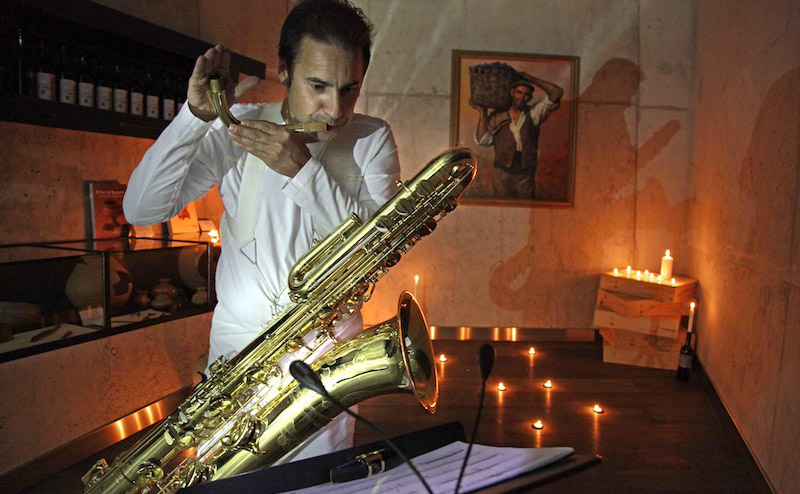 The DK <projection> has started to work in the post-production of a documentary film on the DK <qumran> series. The filmmaking took place between the 20th and the 27th september at several locations in Spain, such as Bodegas Qumrán and the city of Peñafiel.

The documentary deals about DK <qumran>, a series of three compositions with video creations by Ángel Arranz, inspired in the avant-garde building Bodegas Qumrán. A team conformed among others by the saxophonist Josetxo Silguero, the percussionist Raphaël Simon, the building’s architects -Konkrit Blu from Barcelona-, the owner, Jesús Solís, the oenologist Mónica Peñas and the composer Ángel Arranz create this multidisciplinary documentary. Each of the DK <qumran> pieces is used in the film as a sort of narrative pillars. In addition to that, many other different aspects are deeply examined through this 45 minutes long cinematographic essay.

This project is about the relationship between different artistic disciplines, with architecture and music at its center. Around this main axis many other items are explored, as for instance the digital arts, video art, vine growing, archeology, manuscripts and old books.