Raphaël Simon is a sensational guy. We met via Internet about a year ago, and few weeks later, late July, we met in person in Paris. He told me that he likes my music very much, particularly my piece Punto Intenso contra Remisso, and that it would be great if I could find some time to write something similar for percussion set and electronics. I had been thinking about undertaking my second project about music and architecture for some time already, so this was a natural step. By the end of August, we agreed the compositional stages for the piece, with the Gaudeamus Interpreters Competition, which would take place in Amsterdam in April 2011, as our goal. 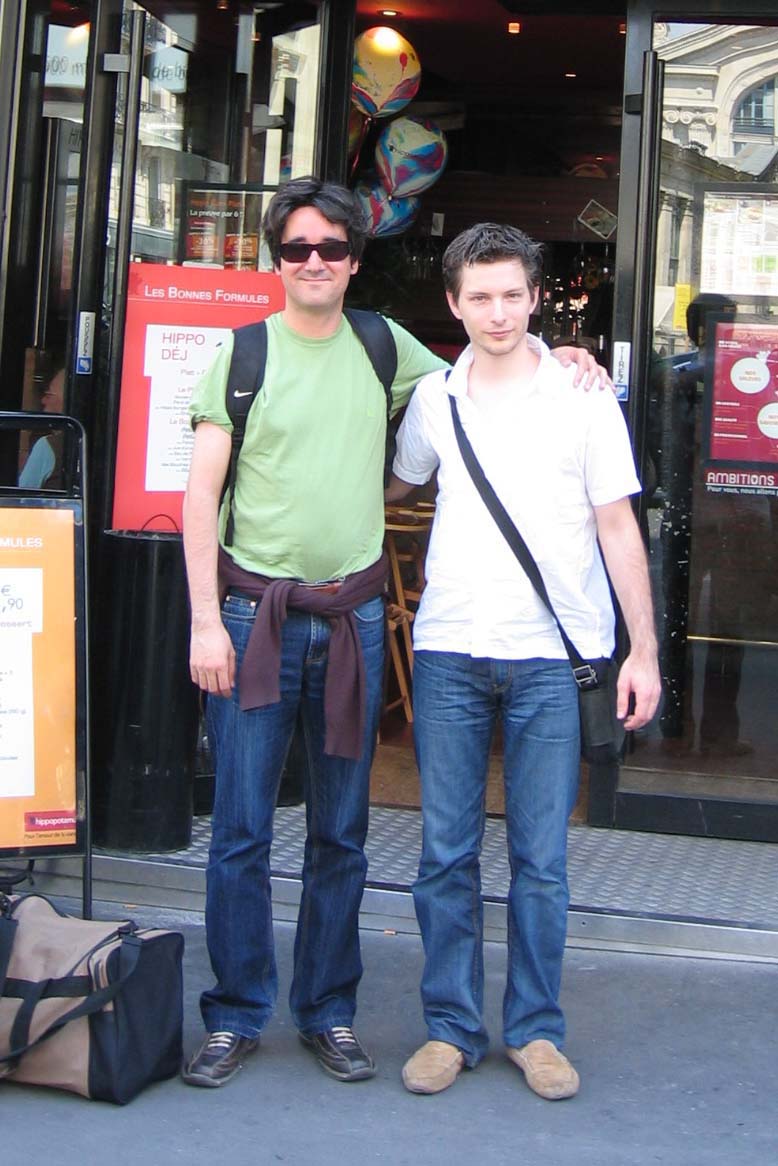 Qumran B is dedicated to Raphaël, and is the third and last piece of theDK<qumran> series. However, it was the first one to be completed, middle of march this year. You see, I like to put the cart before the horses. The reason of this is a series of practical circumstances (a long story) from which we extracted some interesting aesthetic and creative conclusions.

We rehearsed Qumran B several days before Raphaël’s participation in this competition, in the BEA6 study of the Instituut voor Sonologie in The Hague. Working with Raphaël was a highly gratifying experience, and I learned a lot.

The day of the rehearsal was great. Our morning started with the transportation of a lot of heavy stuff into the Insituut -you wouldn’t believe the amount of things that can fit inside Raphaël’s car!-. From time to time, the concierges sneaked a look at us, and when the time came to move the set of paella dishes, they could not help bursting into laughs… They thought they had seen everything!

As an anecdote, I can tell I had to start Qumran B twice before I started to write the definitive version, which I finished by the end of February, beginning of March. I had been thinking about the possibility of incorporating several levels of notation based on the Gregorian neumes. The first version was literally swallowed by Raphaël at first sight reading, so he wrote me an e-mail asking me -very prudently- if I might write something more suitable to the level of difficulty expected in an interpreters competition. I replied that this first version was written with the aim of creating an accessible writing etc, but nevertheless I granted his request. I restructured the piece from top to bottom, from the notation style to the materials’ essence, until the point of developing a complexity which we could describe as notably different as to the previous version. Raphaël congratulated me with a very enthusiastic and very big bravo, and we did not speak about this until our next meeting in The Hague, some days before the competition. It is then when I realized my friend’s great musical potential: he was able to prepare the piece -including electronics- in just one rehearsal. Qumran B is a quite demanding and difficult piece, if we take into account the several representativity layers mentioned above, the amount of polyrythmics hidden in every note, and also that the piece is very gymnastic as to gestures, or the simultaneous vocal interpretation of fragmented verses, all of it combined with an electronic track lacking any chronometric reference whatsoever. At the end of this extremely intensive working session, he confesses me that his first exclamation when he studied the finished score for the first time was: “But what kind of madness has this guy written?”. Raphaël is able to play the piece at this level of madness, so I am really delighted.