This week we will talk about the third piece of the series, SAH, based on the building Bodegas Ysios. This building is really special. I visited it during a rainy day last year Spring, walking through the valley at the outskirts of the walled, small city of Laguardia, in the Rioja Alavesa, Spain.

Since the moment I approached, the efect over the valley and the mountains at the background was superb. It is about a building that, as the façade as the shell, is sinusoidal-made. Sample and Hold (SAH) is a procedure in electronic music, as well as the name the analog devices that is used to realize such a task receives. It is about to sample a given waveform or a voltage flow, in such a way that each point that is taken as a sample according to a determined value keeps sustained or “frozen” in this point until a new value appears. Wikipedia explains it much better.

The effect is shaped-like waveforms, as if they were formed by blocks. It is suggested by the exterior structure of the building. The visual effect of the natural elements at the background together with a shiny structure, warm and artificial, presents an incredible magical virtuality. 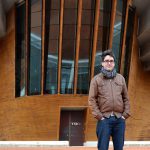 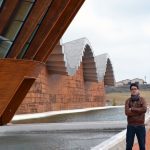 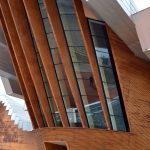 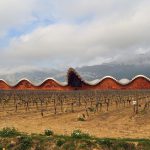 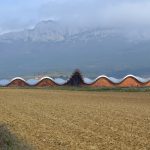 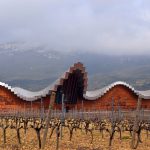 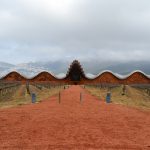 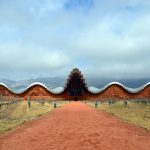 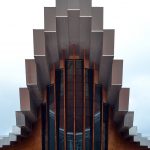 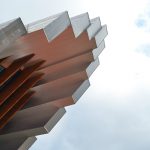 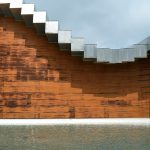 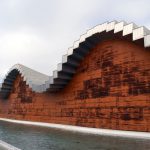 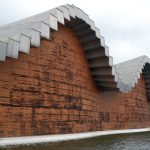 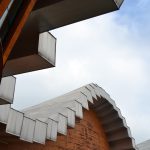 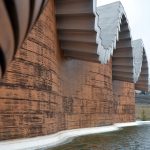 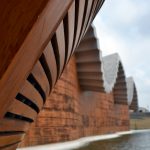 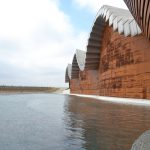 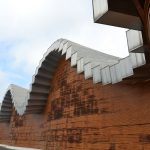 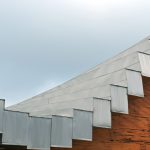 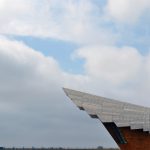 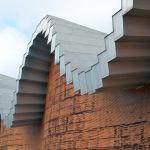 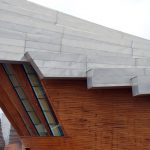 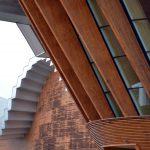 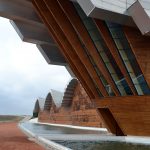 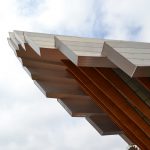 On the other hand, the building evokes full of references to Egyptian mythology and wine. It inspires a kind of peace, and I do not why, the images reminds a church organ. A sort of central atrium more prominent and convex distributes, in a perfect symmetry, the 155 wood blocks of the shell, aluminium wrapped. These elements, which create curved structures from straight lines, are not a new resource, by the way. Xenakis used them in his Philips Pavilion. The architect seems really inspired by Félix Candela ouvre, an architect that used as well this kind of curved structures.