The morning can not be more bucolic: 08:00 hours in the middle of Castila’s fields, surrounded by vineyards which wake up amidst a light mist, barely touched by the dew. We started with Virvi shooting in the vineyards self, taking shots of the surroundings and the nature, fixed and steadycam shots. Everything starts off smoothly thanks to this great guy. He possesses such a film inventive! We learned so much from seeing him work. At the same time, Pedro and his team assembled the Jimmy Jib in order to do the first important shot of the day: Jesús coming out of the winery with his dog Galcerán, heading to the vineyards.

The day is minutely structured and we can not stop a minute: in order to take some shots of the building´s South façade, four persons had to transport the crane. 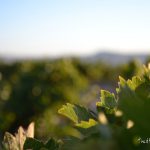 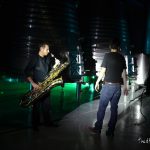 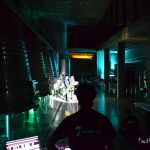 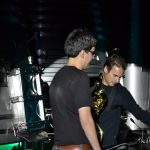 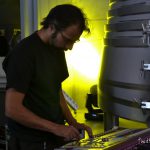 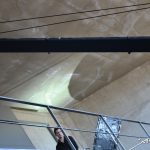 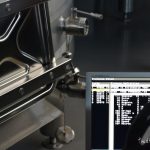 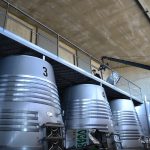 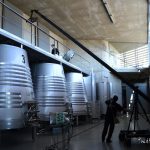 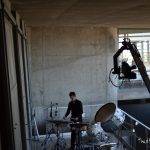 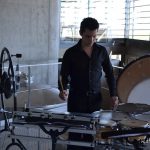 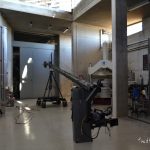 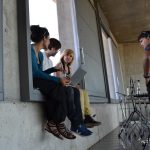 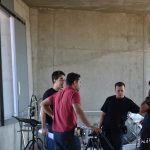 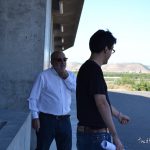 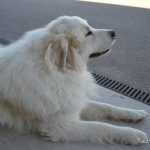 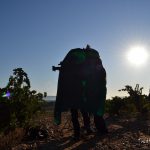 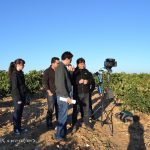 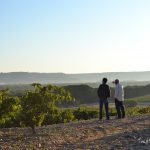 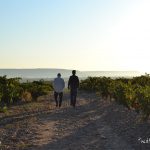 In the afternoon we started shooting in the building interior, much fresher. Raphael is the first to go: interview and musical shots. Pedro, the crane cameraman, is simply amazing. He is extremelly skilled, that is just evident, looking at the great results of the travelings he was able to execute while Raphaël played his percussion passages on the platform over the conical frustrum-shaped vats. We all end up really astonished.

We changed the filming locations several times, until finally Josetxo joined us with his bass saxophone. He had just arrived from a work session with Arturo Tamayo in El Escorial, Madrid. It is then wen we try the lighting set designed by Paste for the evening and night shots, and we were really satisfied. We helped selecting the hues for the lights achieving a suggestive atmosphere. Josetxo, quite overwhelmed after seeing himself in the middle of this peculiar universe, soon starts enjoying this adventure.

What a day of work! And we have to wake up early for the next day concert, which will be filmed from several locations to be included in the documentary. More details on the concert soon.