During the two-days working time at Festival SON, The DK <projection> curated the wonderful piece Missa Brevis for church organ and live electronics by the composer Josué Moreno. The piece is a sort of sound installation that uses generative processes keeping itself evolved endlessly and interacting beautifully with the space it occupies. 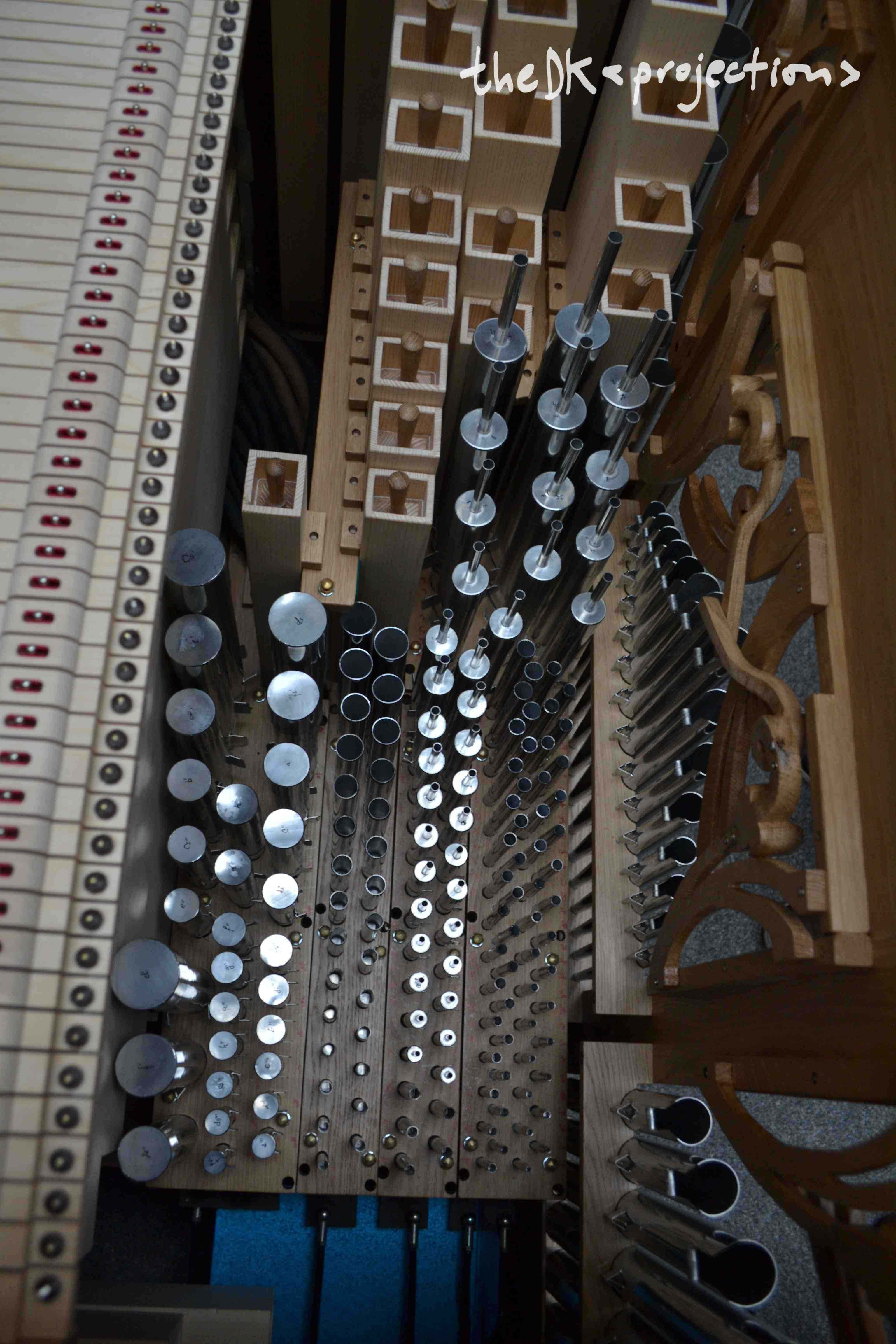 At the very beginning of the piece, the performer plays a written score spatialized among a number of speakers. At a certain moment, the performer stops playing the organ and an autonomous process via computer continues the music by using, among many other things, the pre-stored sounds played by the perfomer. The result is a fascinating number of luminous sound events spread around the space. Josué’s music has this sort of northern Europe touch that deals with sound in a very crystalline way. We tried to emphazise this by using a small positive organ, property of the great Spanish organ builder, Federico Acítores (many thanks, Federico!). The positivo’s sonic warmness, indeed a characteristic pretty analogic from these kind of instruments built by Federico, was really let noted in the hall. Furthermore, it was a brand-new incredible instrument just finished some days before, whose registers were able to produce the sweetest sounds. So, it resulted in an asserted presentation.

The original artistic/philosophical idea of Josué’s piece is to keep it sounding even days. Generally speaking, the composer understands the concept score not as a mere field of instructions, but as a sort of  sonic choreography in which, in a certain way, musical time is extended. In this occassion at Festival SON – musicadhoy, the whole musical programme was realized at the patio of La Casa Encendida, so it was neccesary to adapt the exhibition time in order to fit well among many other concerts and actitivies. In spite of these little time constrains, the piece worked out gorgeous within the space we exclusively designed for it. 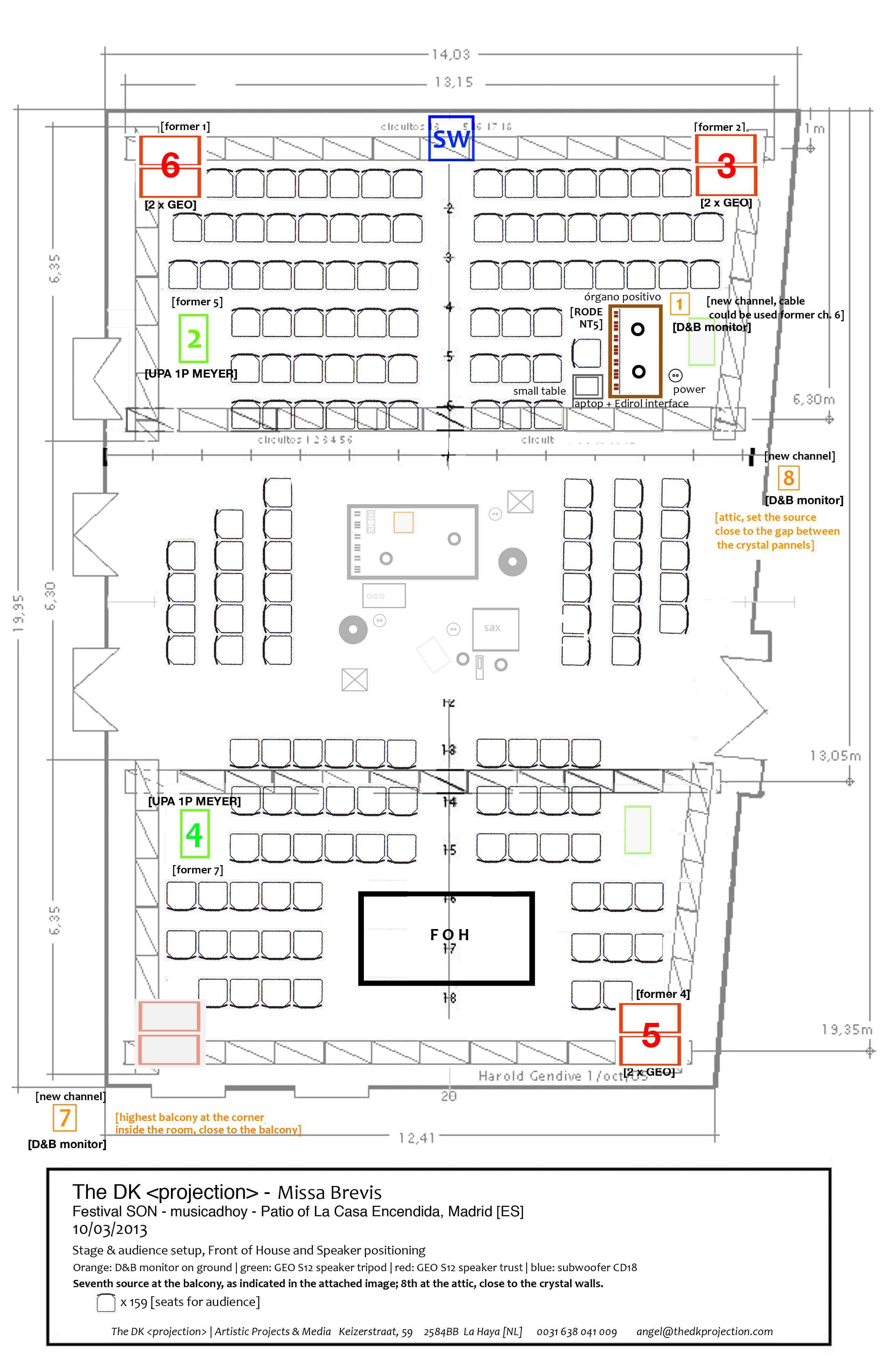 Ángel was really inspired by the vertical aspect of the patio, so he proposed to Josué to adapt the diffusion idea of the work to this feature.  In order to realize that, Ángel designed a speaker set that describes a sort of helicoidal rising route. In order to do that, two extra speakers were hung, one from a balconiy and another from the terrace at La Casa Encendida attic, something like 20-25 meters up to the floor. There were like five different height levels in which 8 speakers were distributed: floor level, medium level, high level, balcony level and attic level. The idea was to obtain farer away sounds while the piece occuring, only letting the two uppest speakers sound at the very ending section of the piece. This vertical aspect, together with the idea of luminosity, that is, to achieve each time more and more luminous sounds by verticalizing them, worked perfectly together.