Lex van den Broek from the Technical Department of the Institute of Sonology – Royal Conservatory in The Hague has specifically created a new device in order to assist some requirements of the composer Ángel Arranz. The device consists in a re-shaping and re-functionality of a conventional guitar volume pedal, by removing the pre-existent circuitry and applying a new one, based on Ipson Lab technology developed by Lex. 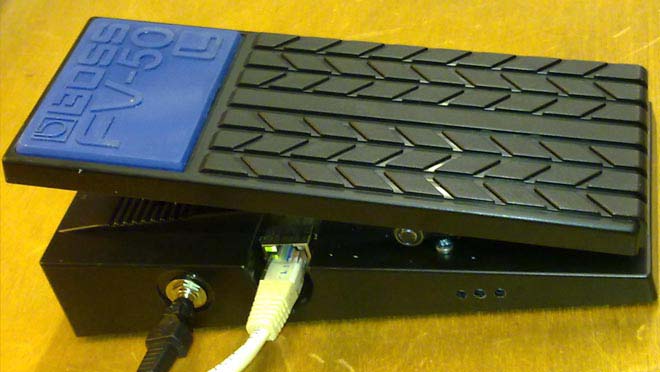 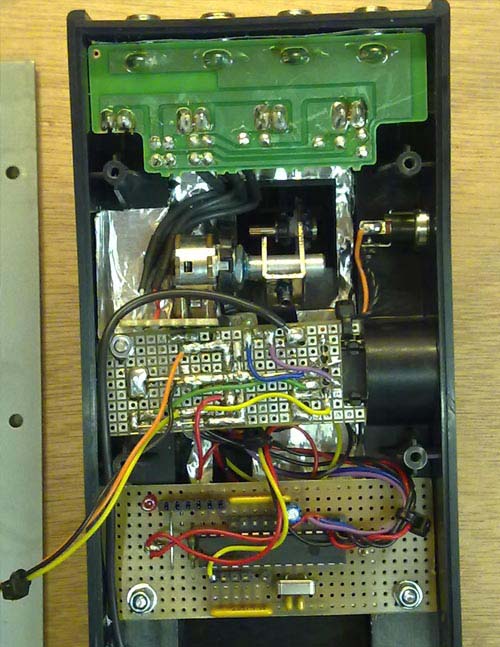 This re-adaptation consists in including an Ethernet connection system, which communicates meaningfully faster and subtler the action of the performer via computer Ethernet input. This was developed under the basis that Ethernet connection is much more faster than MIDI connection, allowing even longer distances (theoretically the “security” range is ca.100 meters without repeating the signal by using lines) and secondly by a significant increment of intermediate values of the controller –around 4000 values, instead of the conventional 128 MIDI values-. It takes advantage of the physical possibilities on accuracy of the hydraulic system integrated within the volume pedal. As the great Lex himself says, joking with this mixture of modesty and good humour that caracterizes him: “It is funny, probably we have invented the first Ethernet pedal of the history“. 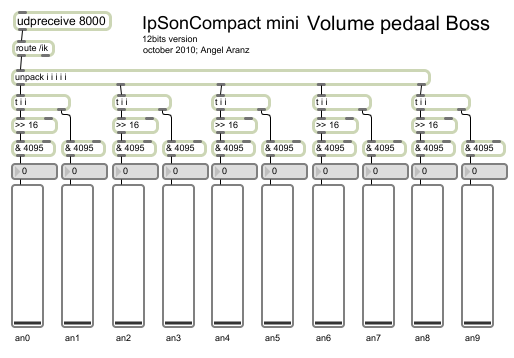